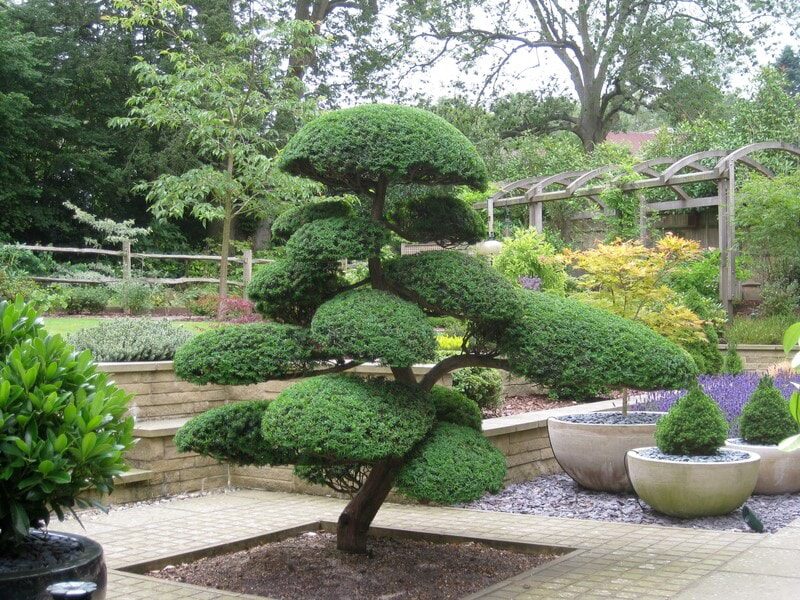 The Japanese have a habit of harmonizing every bit of detail in their surroundings with one another. It’s a habit that usually reflects in their gardens because of the culture’s historical and religious background. Simply put, the Japanese are obsessed with how their gardens look.

We mostly see it in movies. That intricate and beautiful way that Japanese gardens are decorated with trees that simply have a way of blending well with everything around them. This art is what we call Niwaki.

Niwaki is actually more common than you might think it is. We just do not know what it is called. Simply put, Niwaki translates as “garden tree”. But it is the way these garden trees are shaped that gives Niwaki its artistic connotation.

In that essence, Niwaki is the art of pruning these garden trees to harmonize them with their surroundings and to shape them as you see fit. Niwaki is how you make sure your garden trees follow the thematic style of your entire garden. No matter where you draw your garden’s inspiration from, your trees should also fit the entire theme. In other words, it is all about balance and harmony.

The idea of Niwaki is to keep the trees in proportion to everything else around your garden. You constrain their growth, cut branches, prune different parts of the tree to achieve some sort of striking effect that goes well with the rest of the plants in the garden.

As the Japanese promote the idea of using fewer plants in the garden but to instead create a harmonic atmosphere or ambiance, the trees are meant to mimic nature.

Through the art of Niwaki, some trees will look like they were swept by the wind. Others seem like they were struck by lightning just a few nights ago. And even five-year-old trees look as if they were centuries old already.

One of the best ways of understanding the concept of Niwaki and getting into the rationale of why the Japanese practice is to delve into its history and how culture and religion have affected it.

Niwaki is an art that is as ancient as it gets. It traces its roots back in the 1200s era of Japan and is deeply connected to the ancient Japanese people’s belief in Shintoism and Buddhism.

Because of that spiritual background, the fundamental core of Niwaki is respect and reverence for nature. That is why it naturally evokes things we often see all around us. Whether you are going for a tree that gives people the impression of snow or of win or maybe even of falling water, that is Niwaki at its finest.

As Niwaki has existed for centuries already, its techniques and philosophy have been refined but are still close to its roots Shinto and Buddhist roots.

When you hear anything related to Japanese gardening or trees, you immediately think about Bonsai. Some countries even mistake Niwaki as some sort of garden Bonsai. However, Niwaki is actually closely related to Bonsai in its core goals but their scales differ.

Instead of growing the tree in a tray, a Niwaki is grown with its roots in the ground. Meanwhile, Bonsai trees are usually grown in pots or trays.

You also almost never see Bonsai in gardens. If you see a tree growing in traditional Japanese gardens, that is Niwaki. Instead, Bonsai are table trees because of how much smaller in size they are compared to Niwaki although some Bonsai can grow considerably larger than usual.

So the next time you see an intricately designed tree blending well with the entire theme of a Japanese-styled garden, that is Niwaki.

Normally, those who want to practice the gentle and intricate yet precise art of Niwaki need years of training as an apprentice in Japan. But, that does not mean you cannot do it yourself in your own garden.

Of course, you still need years of dedication and patience as trees take quite a while to grow. After all, the Japanese value how long you have been dedicated to honing your craft.

Nevertheless, you can still build your own Zen garden in a considerably shorter time as you no longer need to train as an apprentice. You may also use trees that grow quickly.

The most common types of trees for Niwaki are Box, Pine, Yew, and Japanese Privet. However, you may also use other types of trees depending on what you want your garden to look like.

Here are some of the Niwaki styles you may want to follow: