A Look into Why Minimalism is Trending Across the Globe 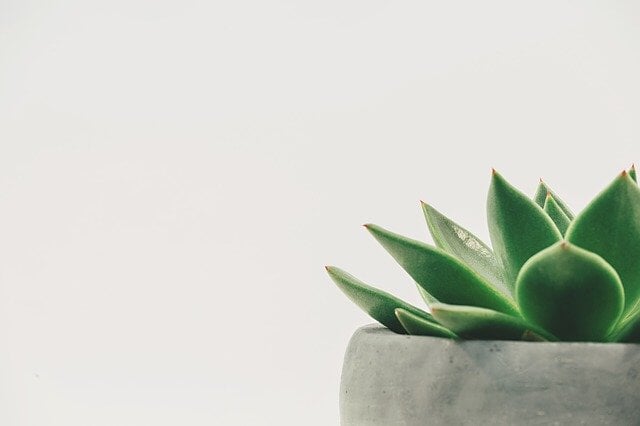 The term minimalist is used colloquially to refer to anything simple and stripped to its bare essentials. Right from automobile designs, novels, plays to films, the term ‘minimalist’ has been used to describe a simplistic, bare essentials concept.

While the concept of minimalism is not new, the pandemic led to a global resurgence and renewed interest in the principles of minimalism. From getting rid of unwanted wardrobe clutter, living in energy-efficient tiny houses to leading a simple lifestyle, there are different interpretations of minimalism.

Minimalism is a concept that has its origins in art. The concept emerged in the 1950s in New York when Frank Stella and other artists began to move away from the previous generation’s gestural art. Before the ‘minimalist’ movement, art conventionally represented an element of the real world such as a person, object, or landscape. It was also a reflection of feelings, emotions, and real-world experiences. Minimalism, on the other hand, made no attempt to showcase the outside reality. Minimalists wanted their viewers to respond only to the art before them. The movement flourished in the 1970s with many artists such as Dan Flavin, Carl Andre, Agnes Martin, and Donald Judd becoming its key innovators.

Minimalist art is deemed to reflect the truth, simplicity, order, and harmony, and aesthetically, is a refined form of beauty. Minimalist artists used simple lines, colors, and shapes to create ‘literal’ art devoid of abstract expressionism.

The minimalist design was then considered to be an antidote to the excessive and “overpowering” building scales, traffic, advertising, and roadways. Apart from industrialization and urbanization, the chaotic environment in Japan was also fueled by their experience of having to constantly demolish structures due to earthquakes and the impact of the World War.

The minimalist design concept, however, was not entirely new to the Japanese, It is rooted in the Japanese Zen philosophy, spirituality, and love of nature. It is all about ‘doing more with less.’

The contexts of minimalism

Lifestyle – A minimalist lifestyle is about living a clutter-free and unburdened life devoid of the stress of consumerism, financial debts, and physical or emotional clutter. It is linked to the philosophy of ‘less is more,’ having fewer possessions, and focusing on holistic wellbeing.

Interior design – The minimalistic interior design is characterized by simplicity of function and form with open spaces filled with natural light. A key aspect of this design concept is harmonizing with nature with the help of natural elements including wood, plants, water, and other earth elements. A neutral color palette focuses on the use of browns, beige, ivory, greys, and shades of white while decorations and furniture are at a bare minimum. Minimalist homes, as a result, have an airy, light, and natural feel with plenty of space.

Gardening –A minimalist garden design focuses on removing clutter, giving a spacious look to the garden, and including low-maintenance plants that occupy less space. Bonsai has been the Japanese practice that encouraged minimalism with the use of careful cultivation and pruning. Bonsai is a great example of minimalism as it incorporates the basic elements of water, plant, and earth to come together in a tiny ecosystem.

Fashion -Minimalist fashion is about emphasizing comfort, simplicity, and elegance. While natural fabrics are used such as wool, cotton, jute, or silk, the color palette is neutral and subtle. The first minimalist fashions also emerged in Japan from designers such as Yohi Yamamoto. This design focused on the traditional Japanese beauty concept, garment deconstruction, and unabashed simplicity.

Cooking – This trend is about decluttering the kitchen, using fresh ingredients, and using traditional recipes that result in unique and bold flavors. It is also about avoiding processed, synthetic and unnatural foods.

Top reasons why minimalism is trending across the globe

The global economy was significantly impacted by the COVID-19 pandemic. While some countries were hit harder by the economic downturn than others, business closures, unemployment, and reduction in per capita income were faced by most countries.

Every region across the globe experienced substantial growth downgrades while nearly 9 percent of the U.S. population was out of work as per the IMF ( International Monetary Fund) in 2020. Tighter budgets and reductions in income, in turn, reflected on shopping behaviors. These factors led to people reevaluating their lives and embracing simpler ways of living.

Minimalist ideals reemerged during the pandemic, according to McKinsey & Company research. People are prioritizing intentional living over material accumulation while the pursuit of happiness does not involve excessive consumption. The study conducted in 2020 showed that Americans spent 50 percent less on consumer electronics and apparel than usual.

However, even before the health crisis, a survey revealed that over a third of Americans wanted to simplify their finances and uncomplicate their lives.

While the economic challenges are making people adopt minimalism in a bid to conserve their resources, there is growing consciousness about the value of minimalism in preserving the environment and combating waste. Many people across the globe are conscious of the fact that excessive consumerism contributes to waste, harms the environment, and stresses scarce planetary resources. Individuals, governments, and nations across the world are focused on reducing carbon footprint, using sustainable energy sources, conserving natural resources, recycling, and reusing.

Many minimalists are opting to live in ‘tiny houses’ or small houses that help cut down on energy use and space while avoiding clutter. In an interview of over a hundred people who have chosen to lead lower-consumption lives in the U.K., a majority named environmental concerns as the key motivating factor behind their minimalistic lifestyle. More people are willing to pay more to reduce waste and minimize harm to the environment. A recent poll revealed that close to a quarter of Americans are willing to pay more to make single-use daily use items more eco-friendly and reusable. In the UK, about half of the people surveyed felt guilty about the excess plastic they use that is driving changes in their buying behavior.

A U.K.-based Furniture Choice survey found that a majority preferred minimalism in design as opposed to interior decorating such as maximalism, tropical or jungle styles.

Many consumers are also focusing on reducing their debt by avoiding making big purchases even as the pandemic increased the debt burden. Recent studies show that many people are spending more on helping others who are struggling to gain access to basic necessities. As a result, their lifestyle choices reflect the minimalist mindset that is focused on spending on social causes rather than buying things that they really don’t need.

Millennials that constitute the 18 to 24 demographic are the largest generation, as per the U.S. Census Bureau population estimates. They also make up a majority of the U.S. workforce. They grew up during the times when recession and a struggling job market that has resulted in record student debt numbers. A survey shows that as compared to 59 percent of the baby boomers, 78 percent of Millennials prefer to pay for experiences than materials.

They have a unique set of values and believe in activism, social causes, and value collective action. Some top causes this generation gets behind include global warming, inclusivity, human rights, and environmental issues. They favor brands that are committed to sustainable, ethical, and environmentally friendly practices and products. They are also the most eager adopters of the minimalistic concept right from lifestyle to their wardrobe. Companies such as Caldwell, which helps clients create capsule wardrobes. and Getaway, which enables MIllennials to test tiny living spaces are catering to the Millennials’ minimalistic lifestyles and preferences.

A Pew Research Center study showed that 80 percent of Millennials are concerned about global warming and believe humans to be the main cause. The ‘green’ generation’s concerns related to recycling, climate change, and reducing carbon footprint are some major drivers of the mass adoption of minimalism and a zero-waste culture.

Minimalism, since the 1960s, has impacted fine art as well as design aesthetics. The interior design industry is increasingly moving away from excessive or unnecessary embellishments and adopting neutral color schemes, clean lines, and uncomplicated furniture.

Thanks to the online channels, many who may not have had exposure to the principles of minimalism earlier are now encountering them. The concept of minimalism is spreading faster than ever in the age of information.

For instance, while the book ‘ The Life-Changing Magic of Tidying Up’ by Marie Kondo popularized minimalism, the subsequent Netflix show took the popularity of minimalism to the next level. The KonMari method gained immense popularity after the Netflix show was released. Minimalism is now researched and read about across social media platforms, blogs and articles.