The Sweet Symbolism of Victory Bouquets 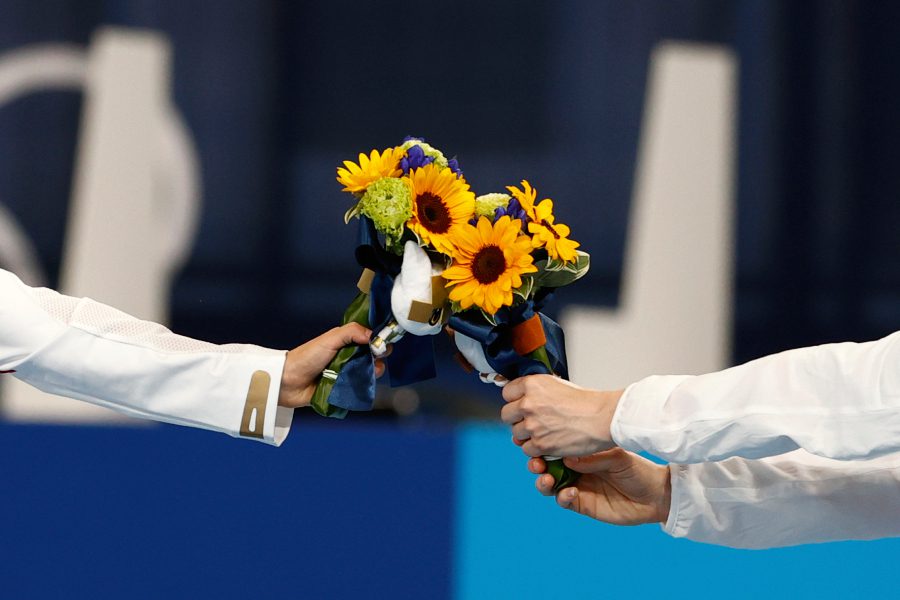 Athletes hold victory flowers as they stand on the winners’ podium at a sporting event. Color, shape, longevity, size, stem strength, and a variety of other characteristics are all sought-after characteristics for bouquets given to victorious athletes.

History of the Victory Bouquet

Flowers have been present at the Olympic Games since Ancient Greece, when competing athletes were only handed olive leaf wreaths to wear on their heads. These flowers became more popular during the Victorian era, when each flower was supposed to have a different meaning.

The current representations of the Olympic flower arrangements given to athletes on the champions’ podium after each event carry these connotations.

The chrysanthemum is a flower that has recently become more popular in victory bouquets. Chrysanthemums typically bloom for two weeks in the summer and up to a month in the winter, so they are increasingly being utilized as attractive flowers in bouquets and other arrangements because of their vibrant color and shape, as well as their long lifespan.

Chrysanthemums are used to pay tribute when visiting memorials, among other things, and Japan is one of the world’s largest producers of them. A pattern of this flower can be found on Japanese passports.

It was not so long ago when the entire globe was riveted to their television screens to witness the historic Tokyo 2020 Olympic Games. Competitors from 204 countries have put in a lot of effort in the hope of making it to the Games and earning one of the coveted gold, silver, or bronze medals.

Along with the 5,000 medals that were awarded, victory bouquets were also presented to each medalist. These bouquets have been carefully designed and created by the Nippon Flower Council for both the Olympic and Paralympic Games.

Relive the historic moments from the 2020 Summer Olympic Games in Tokyo as we discuss the meaning behind each flower that makes up the bouquet.

Victory Bouquet for the Tokyo Olympics

While everyone understands the value of gold, silver, and bronze medals, few people are aware of the significance of the flower arrangements that are typically presented to the winners. Those associated with the Tokyo Olympic Games are particularly noteworthy. Continue reading to learn why.

The Story Behind Each Flower

The presentation of an Olympic medal is unquestionably the climax of any victory celebration. Medalists in the Tokyo Olympics, on the other hand, are honored as well with a gorgeous flower bouquet. These bouquets, like the Olympic opening ceremony’s significant symbolism and references, have a deeper meaning.

The flowers for the Olympic victory bouquet include Fukushima’s eustomas and Solomon’s seals, Miyagi’s sunflowers, Iwate’s gentians, and Tokyo’s aspidistras — and they were not chosen by chance.

The flowers used in the Olympic winning bouquets were grown in prefectures ravaged by the 2011 Tohoku massive earthquake and tsunami, which shattered the country. Sunflowers, gentians, eustomas, and Solomon’s seals are among the plants that compose the bouquets. The blossoms come from the three prefectures of Fukushima, Miyagi, and Iwate, all of which are still recovering from the disaster. Every flower in the arrangement has its own significance.

Every year, parents who lost children in Miyagi prefecture return to the location where their children took refuge from the approaching tsunami and plant sunflowers in their tribute. That is why the hill is blanketed in sunflowers each year. A children’s book has also been written to memorialize this touching story. Miyagi’s sunflowers represent the memories of those who were devastated by the tragedy.

Sunflowers are typically associated with a tall, thick stem and a large, round flower with a curved forward neck, but in 2018, a seed company developed a little sunflower that bloomed straight upward for the first time in the world.

The Miyagi Prefectural Institute of Agriculture and Horticulture collaborated with flower producers to painstakingly plan how the flowers would be grown, including watering, fertilizing, and seed spacing. The little sunflowers that resulted perfectly suited the athletes’ joyful faces.

Fukushima was the location of the biggest nuclear accident since Chernobyl, when a deadly tsunami provoked by an underwater earthquake swamped a local nuclear plant.

Over 165,000 people were ordered or voluntarily evacuated from their homes in the area, and 12 percent of the prefecture was declared off-limits in the aftermath. Several areas have since been declared safe following intensive cleaning, and incentives have been made to entice people to return, but life has not yet returned to normal.

After the tragedy, the production of eustomas spans the entire prefecture of Fukushima. When agricultural product production fell after the Great East Japan Earthquake, Fukushima founded a non-profit organization to grow flowers in order to aid the prefecture’s rehabilitation.

Iwate, just north of Miyagi, is a coastal area that was also ravaged by massive waves. The bulk of Japan’s gentians, a little bright-blue flower, are grown in this prefecture. Unlike Miyagi and Fukushima, which focused on developing new flower species, Iwate has been cultivating gentians since the 1960s.

Since then, Iwate Prefecture has become well-known for its gentians, accounting for more than half of all gentians produced in Japan. It is also quite amusing to think that it has the same Indigo blue color as the Tokyo 2020 Games logo.

These three blooms were picked for the specific meaning they hold for disaster-affected places, but careful attention was paid to their arrangement as well as their long-term value.

Lastly, the bouquets also include a miniature figure of Miraitowa, the Olympic mascot. The fictional creature wears a blue and white checkered headband and goes by the name Mirai Towa, which is a mix of the Japanese words mirai (future) and towa (eternity). It is intended to be a tribute to Japan’s past and future.

These victory bouquets are the image of the athletes celebrating, from their efforts to earn a medal, that will be remembered for years as Tokyo 2020.

Watch for these stunning floral arrangements the next time you are watching the Olympics!