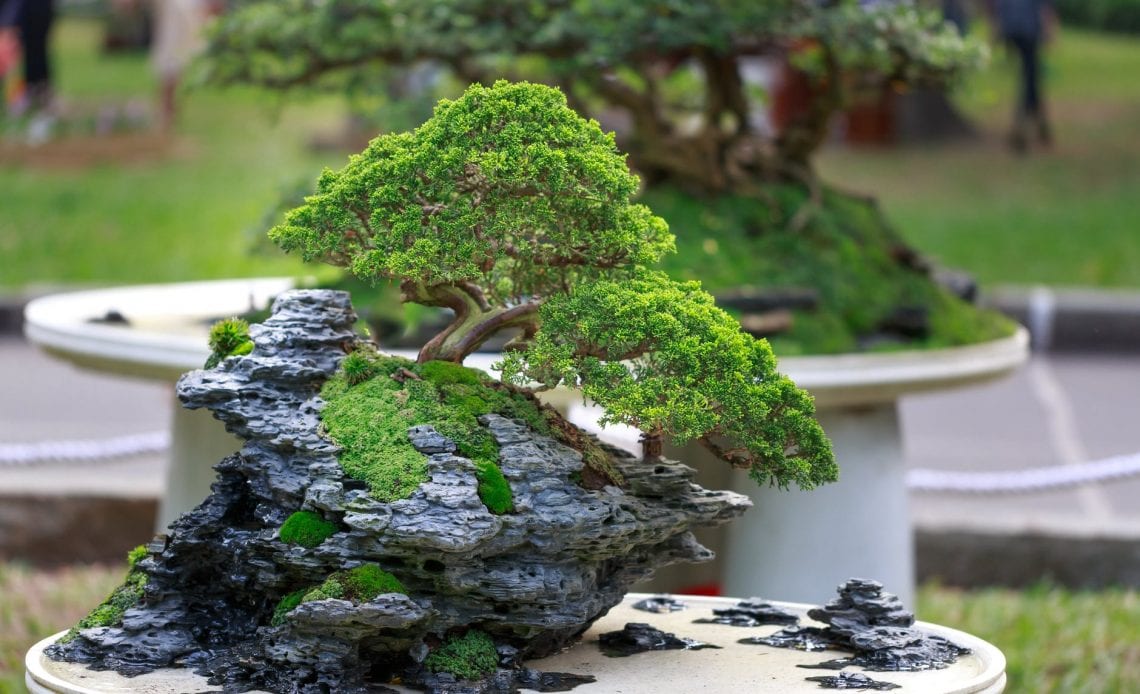 Chrysanthemums are flowering plants of the genus Chrysanthemum in the family Asteraceae. These plants are commonly known as chrysanths or mums. Most species of chrysanthemums originated in East Asia and developed most of their distinctive properties in China. The name of this genus is derived from Ancient Greek words “chrysos” and “anthemon” which translate to “gold” and “flower” respectively. These plants are herbaceous and perennial in nature, and the wild species are found as subshrubs.

Their leaves are alternatively arranged and are further divided into leaflets with edges that are usually toothed but may occasionally be smooth. The inflorescence is either an arrangement of several flower heads or sometimes just a solitary head. Originally found in the colors red, yellow, or white, the horticultural specimens have been bred to bear a variety of colors. Chrysanthemums start blooming during early fall and are found to be in full bloom by the month of November. The Plants of The World Online recognizes about 41 species of the genus Chrysanthemum

When it comes to bonsai, numerous grown diversity of Chrysanthemum is there. These varieties carry the potential to be transformed into iconic styles of bonsai which are usually associated with hard woody trunks or shrubs. However, since Chrysanthemums are perennial, they rarely grow enough to have wood. This issue may be resolved using deadwood techniques of preserving a bonsai. However, due to this perennialism of the genus, it is highly likely that the bonsai will get ‘finished’ after all the blooms have faded.

This guide is an attempt to familiarise its readers with the process of growing and caring for Chrysanthemum’s variety of bonsai trees.

How long does it take to grow Asteraceae (Chrysanthemum) Bonsai?

One of the most favorable characteristics of growing different varieties of chrysanthemum is that it is unlike the traditional bonsai. The traditional ones take more than 10 years, at times, to fully grow. Bonsai trees of this genus take less than a year to complete their intended growth and bloom. The process of preparation usually takes place around mid-January or February so that by the time of November-December, the chrysanthemum variety of bonsai trees are ready.

Before going into the details of the process of growing and training the chrysanthemum vareity of bonsai trees, it is important to know the ideal conditions required for their growth.

During the cool months in the beginning, four hours of extra light is advised to stimulate growth and prevent bud development at an earlier stage (January to April). However, Chrysanthemums bloom in the fall when days are shorter. Special care must be taken where the bonsai must not be exposed to artificial light after sunset.

The bonsai should be kept at a temperature of about 14°C and it’s imperative to prevent the plant from frost. By the beginning of April, they must be shifted to a cool shaded greenhouse or into cold frames to maintain their growing temperatures.

A mold of leaf in 5 parts or compost that has rotted well is recommended. It should be a soil of light clay nature in three parts, one part riverside sand, one part of fish food. The clay soil must be avoided during the wintering-over stage to ensure proper drainage.

Consistent watering is important where the soil should remain consistently damp. Drying out of soil poses a serious threat to the further growing process of the bonsai.

In the early training period, it is important to select a style in which you intend to grow your chrysanthemum variety of bonsai. There are a variety of styles that may be used to grow your bonsai. They range from small styles to medium and even large ones, according to one’s intention. Some of these styles are:

How to plant and grow Asteraceae (Chrysanthemum) Bonsai?

The first and most important thing about planting and growing a chrysanthemum variety of bonsai trees is to choose the right cultivar for it. The cultivars which are suitable to be grown into bonsai trees are known as “gnomes”. Gnome cultivars should have the following characteristics to ensure a healthy bonsai:

It is extremely important to choose the right cultivar that is best suited for dwarfing. Some suggested gnome cultivars are Benikagami, Chidori, Segei Dwarfs, Crystal Falls, Debbie Simon, Hatsune, etc.

The process of planting follows certain techniques and usually begins in January. These techniques are – removing of buds, uprooting of cuts, rooting of cuttings, and feeding. The technique of training, however, is given special focus as it requires expertise.

It is crucial to begin as early as possible, around mid-January, to ensure the proper growth of your chrysanthemum vareity of bonsai. An early beginning ensures a woody and aged appearance to the trunk of the bonsai. The specimens in use must be large in number because, by the time half of the process is done, most of the cultivars tend to fail.

Newly rooted cuttings must be planted in 4” standard clay pots. They should remain there until roots begin to show at the drain holes of the pots. It is advised to not plant the cultivars directly into the bonsai pots which are intended to be shown; not until early fall. The plants are then shifted to larger pots with the soil mixture mentioned above. The roots at this point must be given special care in the way of their placement. The placement should be circular so that the newer roots radiate in all directions from the center.

This stage occurs at 45-day periods. As soon as the drainage holes begin showing the roots, the need for repotting takes place. Pruning is done usually in warm spring temperatures where one-third of the lower root ball is pruned while repotting the specimen into a larger pot. This step is done in order to prevent overgrowth and hence slows down the growth process. Pruning can be done several times during the warm season.

This method is used primarily for ensuring a reduced plant size. It is also used to place the branches properly in the desired shape, in accordance with the style in which you prefer to shape your bonsai. This process occurs usually in the mid of March or April. New buds are produced from the leaf axils by this method. Pinching can be repeated every 25 days. Repeated pruning and pinching are necessary to achieve the desired style.

Larger leaves must be trimmed during the growth period of summers. Larger leaves shade the smaller branches developing beneath them due to which those new branches tend to elongate. This elongation of branches is highly undesirable.

Training usually depends upon the style that you choose to grow your bonsai. However, some basic tips can be observed. Initial training usually begins in early April or May, when the lateral growth reaches about 3” or 4”. At this period, the main lower branches are selected and wired to the desired position. The appropriate wire used in this process is usually a copper wire of up to 12 gauge to 18 gauge in a coiling method.

The wiring should be done in the direction of the desired bend. Care must be taken to prevent coiling scars on the stems. Hence, the coiling should not exceed one month. In the meantime, proper pruning and pinching must continue to continue the extension of the main branches and the trunk. This results in a rapid tapering to the lower branches and trunk of the now finished bonsai. This process of pruning should be stopped by mid-June to allow the bonsai to heal its pruning scars.

Terminal bud clusters tend to appear and it must be kept in mind that only one bud to each cluster must be retained. Usually, the centremost bud is selected. Spare buds can be retained intentionally in case damage occurs to certain buds. It should be kept in mind that blooms of the plant have to be in a broad range. A bonsai that blooms to a great degree is undesirable.

Your finished bonsai, now blooming, is ready to be potted in the show pot. Special care must be taken while choosing the shape of the show pot. Transplantation of moss to the surface of the specimen must be done. The moss must be of the finest texture.

How to take care of your grow Asteraceae (Chrysanthemum) Bonsai?

The chances of pest attraction are low for chrysanthemums. However, in the case of mildew and spider mites, appropriate pesticides and chemical control for spider mites must be used.

The procedure for fertilizing is generally the same as those of normal chrysanthemums. Fertilizer requirements are very small, especially during colder months. At the beginning of summers, a schedule of liquid feeding must be established. Diluted fertilizers like fish emulsions can be used once a week. Feeding must be discontinued 7-10 days following repotting and pinching.