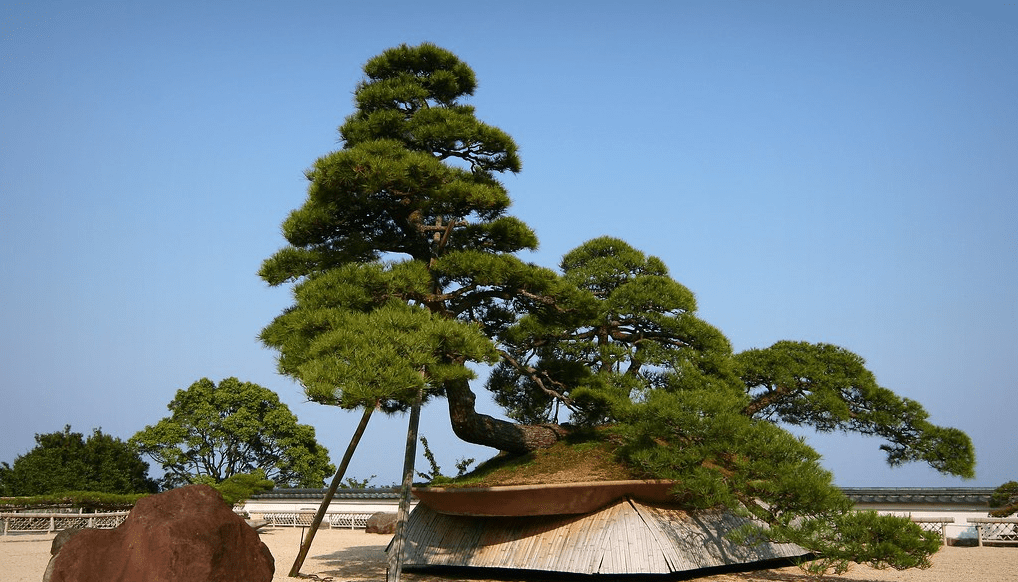 “Even the greatest was once a beginner…”

It’s amazing to know how much has evolved since the world’s oldest bonsai trees were just seedlings.

These trees have witnessed and endured everything, from paradigm-shifting discoveries to horrifying human strife to the emergence of our globally interconnected world.

It seems to be the reason that the oldest bonsai in the world have fascinating histories with all these years under their belts, or pots, rather. A few of the most remarkable examples are highlighted in this compilation of the oldest bonsai trees.

But first, let us answer this:

For How Many Years Can a Bonsai Tree Live?

Even though most won’t live long enough to make this list, bonsai trees frequently survive longer than they would in the wild. In contrast to trees that grow naturally, bonsai trees are maintained in carefully regulated conditions that provide them with enough water, sunlight, nutrients, and protection from the elements.

Without this precise care, your bonsai will quickly deplete the resources in its shallow pot and perish. However, with the appropriate conditions, a bonsai tree can easily survive for over 100 years. Some have even been known to live up to a thousand years, or even for centuries!

6 Oldest Bonsai in The World

The world’s oldest bonsai tree is thought to be more than 1,000 years old!

This bonsai, known as the Ficus retusa linn, may be found in Milan, Italy’s Crespi Bonsai Museum. The 10-foot-tall specimen, a sign of dedication and meticulous daily care, mesmerizes with its complex, dense aerial roots and a flawlessly balanced shape.

After more than ten years of talks between the current and former guardians, this Crespi ficus was moved to Italy in 1986—a brief moment in the history of this ancient tree. It’s not just that this bonsai tree is thought to be the oldest in the world; it’s also housed in the biggest bonsai pot ever made, which was created in a single piece.

An outstanding collection of more than 200 beautiful bonsai plants includes this Crespi ficus as its centerpiece. While other people have tried to buy Crespi’s bonsai, this one is getting settled and will continue to motivate visitors to the museum’s bright arboretum for centuries to come.

The second bonsai on our list overcame one of the most terrifying events in human history and emerged as a global representation of friendship and peace.

The first atomic bomb launched by American forces on Hiroshima, Japan, during World War II was dropped just a few kilometers from where this almost 400-year-old Japanese white pine was planted. Miraculously, the tree survived both the blast and the accompanying chaos.

In 1975, Masaru Yamaki, a bonsai master, gave the tree to the United States as a 200th birthday gift. Given as a sign of cultural affinity, the U.S. was unaware of the tree’s connection to Hiroshima until two of Yamaki’s grandsons discovered this in 2001.

The tree is now kept at the United States National Arboretum and serves as a symbol of peace and endurance.

Third: “Pine of the Phoenix”

Bonsai trees remain trees, and they continue to grow!

Although they must be kept small with precision and care, resilient bonsai will eventually work their way up. Because of this, older bonsai trees are frequently as tall as or even taller than people. However, they are still regarded as bonsai as long as they are maintained according to bonsai principles and are housed in a small container.

The magnificent, enormous “Pine of the Phoenix,” which is 600 years old, is a classic example of a bonsai. This enormous species, which is kept in the unique Akao Herb and Rose Garden in Japan, measures 16 feet tall and 30 feet wide. As a result, it ranks among the world’s tallest and oldest bonsai trees.

Until today, the tree sprawls across its enormous container and is on show in the heart of a stunning raked zen garden landscape.

A $20 bonsai can cost thousands, even millions, of dollars. Additionally, when they get older and outlast the people who have given them a lifetime of care, their market value soars.

Many of the oldest or rarest species, such as the Hiroshima pine or the Crespi ficus, are practically priceless and are unlikely to ever be sold again. However, every now and then, a prized specimen appears on the market, and the public goes wild.

When these invaluable trees are sold, the price is high; the most expensive bonsai to date was sold for 1.3 million dollars and was this 800-year-old bonsai pine.

“Pun-sai,” a prehistoric Chinese art style that was formerly exclusive to members of the upper classes, is where bonsai gets its name. From small-scale farmers to Japanese emperors, everyone adopted the practice as it spread to Japan and developed into bonsai.

A succession of emperors cared for one of the world’s oldest bonsai trees for more than 500 years. The beloved bonsai was acquired by Tokugawa Iemitsu, the third shōgun of the Tokugawa dynasty, in the 17th century. It is called the Sandai Shogun no Matsu, or “third-generation Tokugawa’s pine.”

Due to its exceptional craftsmanship and cultural significance, this royal specimen, which is on exhibit at the Tokyo Imperial Palace collection, has been named a national treasure of Japan.

Many bonsai have been taken as saplings from the wild throughout history. When properly maintained, these trees can be made into tiny versions of the natural world from which they originally came. Similar origins are said to have led to the second-oldest bonsai tree on this list, which was discovered in a Japanese forest about 1,000 years ago.

This lovely Juniper bonsai tree is currently residing in Omiya, Japan’s Bonsai Village. It is a gem among the innumerable bonsai that “the Sacred Land of Bonsai” has amassed over the course of over a century of operation.

Meaning And Symbolism of Bonsai Trees

Although the exact translation of the word “bonsai” is “growing in a container,” it represents much more than that. Through the years, bonsai has been practiced to help us feel more connected to nature and, in turn, delight ourselves.

To fully comprehend bonsai, you must first appreciate its deeper meaning. Everything you need to know can be found in our blog section.