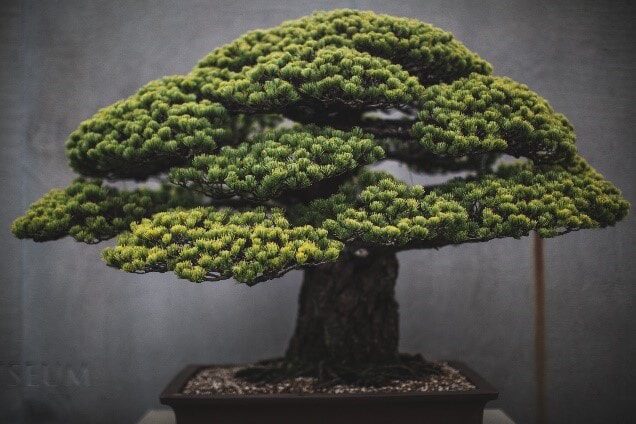 They have been there for a very long time in many parts of the world, but still… The stunning bonsai tree is still the subject of many urban legends.

While certain myths are beneficial and help to maintain the mystery and fascination around bonsai art, others are just incorrect and misleading. Here, we try to distinguish between fact and fiction and give a brief explanation of why these assertions are false and, presumably, where they came from.

1. It Is Quite Difficult to Maintain Bonsai

This is probably one of the most common misconceptions regarding bonsai trees, which dissuades many people from engaging with them.

In actuality, maintaining bonsai is not particularly challenging; it is simply distinct from the majority of other gardening practices. Due to the concentrated nature of the plant and the emphasis on artistic detail, many of the same techniques are merely implemented a little bit differently.

Because bonsai straddles both gardening and the arts, it’s possible that some individuals would feel perplexed. While it is true that some bonsai tree species require more attention than others, the same is true of many succulents, orchids, shrubs, and a wide variety of fruits and vegetables.

2. The Bonsai Tree Is Its Own Tree Species

When people discuss “bonsai trees,” it is plausible to assume that they mean something similar to this. While “bonsai” is a term that sounds similar to “oak tree” or “apple tree,” in reality, it refers to the way the tree is placed and styled. Since “placed in a shallow container” is its literal translation, any species of tree can grow into a bonsai tree. The term can also be used to describe any potted plant that mimics a miniature tree.

In essence, this perfectly sets up the next misconception on our list.

3. Only A Few Types of Trees Can Be Cultivated into Bonsai

The term “bonsai tree” implies that the species is restricted to only trees, although in reality, any plant that resembles a miniature tree can be termed a bonsai. Once more, this distinction is solely based on semantics. This covers certain shrubs, including common selections for bonsai trees like azalea and cotoneaster. Given this, the only actual restrictions on what can be made into a bonsai tree are those that are practical in nature.

Unknown as to when this myth originated, many still think that a bonsai tree will eventually grow to a specific size and then cease developing. In reality, although they may slow down, bonsai trees are just like regular trees in that they undergo seasonal regeneration, which includes growing. The ongoing trimming, pruning, and shaping, which encourages new growth and denser roots and foliage, is what keeps them small.

5. There Are Bonsai Seeds Available

By making a connection to the misleading idea that bonsai trees are a separate species, it follows that “bonsai seeds” cannot exist. Even though seeds with this moniker are still available on the market today, they are actually just regular seeds that, if planted normally, will develop into full-grown trees.

The truth is that a tree needs particular treatment to become miniature, to develop healthy, compact roots, and to shape itself to become smaller while retaining its distinctive traits. Before the trees are sold, the majority of reputable bonsai nurseries will do this process, which primarily occurs in the first few years of growth.

Don’t get scammed! Keep in mind that there are no bonsai seeds.

6. The Bonsai Tree Will Suffer if the Roots Are Cut Back

This misunderstanding may be the result of negligence or an unintentional over-pruning of roots. If one has already experienced a tree death due to root pruning, they may be discouraged from doing so in the future. If you’ve ever had your fingertips burned, it’s understandable why you might be more cautious in this section. If you don’t know what you’re doing, you might also believe that it’s safer to avoid pruning the roots, but this is actually a very healthy procedure for the tree to go through.

7. The Bonsai Stays Small by Not Receiving Fertilizer

Fertilizer is brimming with nutrients and minerals that support plant growth. It is a frequent misunderstanding that bonsai trees shouldn’t grow, yet this is untrue. In order to maintain their health and to help them live long lives—sometimes even thousands of years—we want bonsai trees to grow. Because fertilizer is their only source of these nutrients, fertilizer is crucial for bonsai trees. When you plant a tree in the ground, it is naturally exposed to the rich soil; however, when you plant one in a pot, you must recreate the local habitat in order for the tree to survive.

The belief that bonsai should only be kept indoors has largely been propagated in Western culture through television and cinema. Since bonsai trees require a lot of light and some level of protection from the elements, almost all staged movies and photos of bonsai trees do not depict them in their natural setting.

Many bonsai grow in outdoor spaces, and some can even survive year-round exposure depending on the species and climate. The general rule of thumb is to strive to recreate the tree’s native climate and natural environment so it has all it needs to develop and survive. The basic needs of sunlight, water, and food are the same whether this is taking place indoors or outdoors.

9. The Plant Suffers Greatly Under Bonsai

It may be claimed that caring for bonsai requires far more kindness and attention than you might imagine. It may appear cruel to confine a tree in a small space in order to deliberately stunt its growth, but this is a fallacy that has persisted for a long time. The overall size of the tree is mostly determined by how well it is cared for and shaped. In reality, bonsai generally survive longer and don’t have to compete for necessary light and nutrients since they receive more care and attention than their wild counterparts. They will develop into healthy specimens if given the right attention and care, just like any other plant.

10. Bonsai Is an Expensive Pastime

The bonsai art is highly regarded by many individuals, which increases its perceived value. This may be in part due to the fact that it was once a practice only used by the wealthy and powerful in Chinese society. The impression that it is an expensive pastime to have been supported by the fact that it is still viewed indirectly as a status symbol.

In actuality, this couldn’t be far from the truth given how readily available modern bonsai is to anyone who wants to practice it. With the availability of accessible knowledge and cross-border communication in the internet age, we can all profit from maintaining bonsai. Never has it been simpler.

While some of the best and most well-known bonsai trees can cost thousands of dollars, you can start with your own tree for next to nothing these days. The time, effort, and expertise you invest into creating the greatest possible, truthful portrayal of nature give the bonsai tree its actual value.

Bonsai trees are wonderful works of living art that need years of dedication and meticulous maintenance. They stand for limitless beauty, harmony, and simplicity and reflect a fusion of art and nature.

Keep the fire burning and never allow yourself to be duped by such falsehoods. Do as you should and experience the art of bonsai.

Amazing and high-quality bonsai trees of any size are available in our shop.

Check it out now!

All About Bonsai Forests