Science and Art Behind the Japanese Tradition of Bonsai 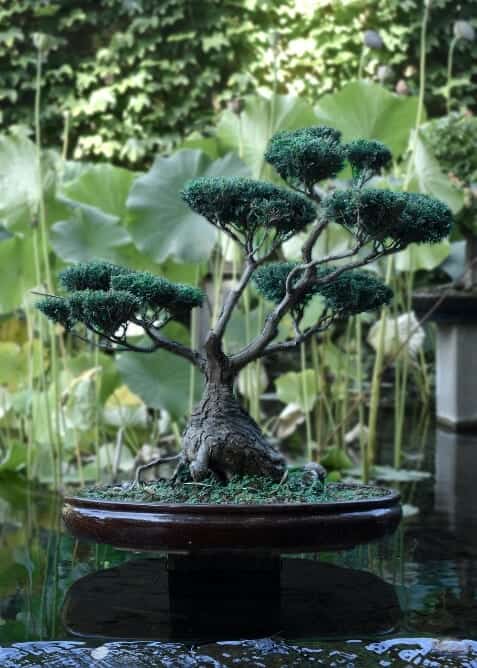 Science and art behind the Japanese tradition of bonsai are interconnected in deep, meaningful, complex yet simultaneously simplistic ways that make up for the unique beauty and profound knowledge of being a bonsai tree gardener.

But these brief examples of emotional response triggered by the art of bonsai are too shallow, to sum up, the myriad of nuances of sensations that can be experienced through the mere observation of a bonsai tree masterpiece.

However, to those who are more familiar with the practice of growing a bonsai tree, it is clear that bonsai is equal parts art and science.

The Science Behind the Japanese Tradition of Bonsai

Science is defined as an activity that is both practical and intellectual. It is through systematic study achieved by observation and experiments that science examines the behavior and structure of various objects from the natural, as well as the physical world.

This definition can be confidently attributed to the science behind the Japanese tradition of bonsai.

While working with living plants, it would be impossible to make art without understanding the driving forces and laws of the living nature.

It is through understanding and applying these laws that a bonsai master is capable of stressing the tiny trees to the exact extent needed to achieve the desired shape and appearance without eventually causing the tree to die.

The Art Behind the Japanese Tradition of Bonsai

Art is defined as both the expression, as well as the application of imagination and creativity.

Most importantly, all forms of art are appreciated for their ability to trigger an emotional response through their power on different senses.

As highlighted in the research paper titled Bonsai as a reflection of nature’s beauty: Styles and aesthetic value, bonsai is much more than merely a tiny tree placed in a tiny container.

Instead, bonsai reflects the artist’s talent and ability to re-create the authentic way a tree grows freely in nature while striving to achieve a perfectly imperfect form – just like the living nature does – and this is, undoubtedly, one of the most subtle and difficult parts of being a bonsai tree gardener.

However, this is also one of the sweetest parts of practicing bonsai because this is where a process that can be seemingly perceived as a common gardening activity becomes a form of art.

What makes bonsai art unique is that, contrary to many other art forms, one of the core conceptions of being a bonsai gardener is that you must avoid leaving any traces of human touch.

That makes a bonsai gardener’s mission very special, and it requires a set of special skills, too, such as modesty, dedication, and the ability to display bonsai by highlighting its most natural yet most exquisite beauty.

The various reflections of nature’s beauty and power are what make bonsai art truly one-of-a-kind.

There is barely any other art form in the world that encompasses such a profound understanding of the laws of nature like bonsai.

Bending and/or wiring the branches, regular re-potting, understanding what type of soil is right for each tree are just some of the multiple factors related to the scientific side of growing a bonsai tree.

But while training any tree into a miniature version of itself does take scientific know-how involved, no two trees end up exactly alike – and this is where art in bonsai resides.

Being able to display a bonsai masterpiece and trigger an emotional response from the contemplators – reminding of how fragile life is, yet how mighty is the power of the manifested intention and consistency – this is what makes bonsai artists truly stand apart.

Both science and art behind the Japanese tradition of bonsai are intertwined – like branches reaching towards the sun, where the wisdom of the Universe is patiently waiting to be re-discovered.