Three Reasons Why Bonsai is Important to the Japanese Culture 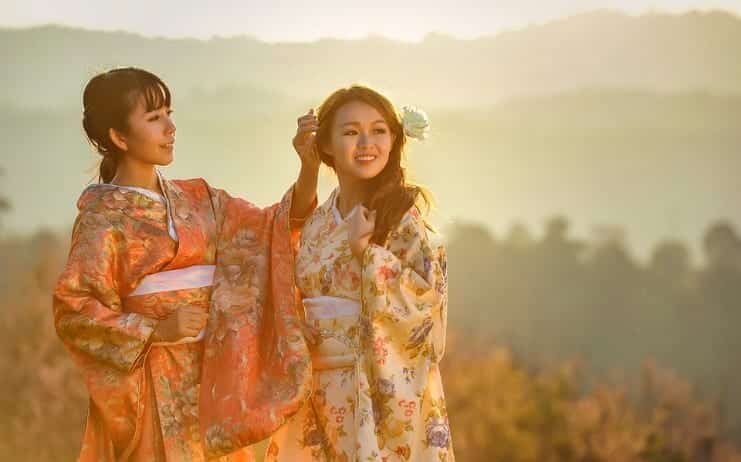 There are many reasons why bonsai is important to the Japanese culture. Embraced in mysticism, many of the deepest secrets that form the core of Japanese culture can take years to be fully apprehended by foreigners.

In his masterpiece Shogun, James Clavell shares that the Japanese have a special saying. According to this saying, a person carries a false heart in his mouth – this is the heart that a person lets the entire world to see.

There is another heart in a person’s breasts – this is the heart that one shows only to his closest relatives and friends.

The third heart – “the real one, the true one” remains a secret; it is never shown to anyone except for the person alone and is “hidden only God knows where.”

Japanese culture is remarkable in many ways, some of which remain hidden at the very first sight – just like the beauty of a cherry blossom cannot be perceived equally by everyone, so is the wisdom and beauty of the Japanese culture.

The Samurai Trace in Bonsai: Digging Deeper into the Mysteries of Japanese Culture

Samurais are an incredibly popular part of Japanese culture; many people around the world are familiar with the captivating bravery, discipline, and skills of the Japanese samurai.

But did you know that it is a samurai legend that gave rise to popularizing bonsai in Japan all the way back in the late 14th century?

It was in 1383 that Zeami Motokiyo wrote a spectacular play.

In Motokiyo’s play, the main character was a samurai who was left out of money. Even though the samurai was very poor, he didn’t hesitate to burn one of his few treasured belongings – a bonsai tree – in order to give accommodation to a traveling monk.

The play gained tremendous popularity, and so did the art of bonsai found its path towards the homes and hearts of the Japanese soon afterward.

Digging deeper into decoding the rich symbolism in Motokiyo’s play, one can clearly see that the Japanese culture and bonsai correlate in a way which is nothing less but sacred.

Bonsai is not merely an art form – it is a way of life; a way of thinking; a way of practicing patience, nobility, and sympathy – and this is the first reason why bonsai is important to the Japanese culture.

Bonsai as Natural Treasure of Japan

The very roots of the art of bonsai are hidden in the Chinese art form Penjing – the Chinese practice of creating entire landscapes where miniature trees are displayed.

However, Japan has become the homeland of bonsai for some good reasons – it was the Japanese that turned the otherwise forgotten and rather unpopular practice of cultivating miniature trees into a highly cherished and widely practiced art form.

But moreover bonsai is seen as a natural treasure, and this is the second reason why bonsai is important to Japanese culture.

In fact, there is a particular bonsai tree which has become a part of the Tokyo Imperial Palace Collection – a bonsai that is over 500 years old and has been passed on from one emperor to another for more than 300 years! This bonsai is referred to as “a masterpiece of masterpieces”. It is a white pine named the Third Shogun.

Wabi-Sabi is the acceptance of imperfection, transience, fragility; it is experiencing the feeling that everything in life is only ephemeral – there is no matter on this planet that can live forever, and all forms have their own flaws.

But instead of perceiving flaws and the fragility of life as something negative, the Japanese culture has embraced a higher perspective – the perspective of acceptance and of being able to find and appreciate beauty in the perfectly imperfect.

Wabi-Sabi is an intricate part of the art of bonsai, too. For the tiny trees are set to convey a myriad of feelings to the contemplators, one of the most prominent and desired ones being the sense of nostalgia while gazing at the miniature version of a tree that can gain gigantic sizes in the living nature. And as everything else in the living nature, bonsai trees must not look perfect – they must look as authentic as possible.

Wabi-Sabi is all about simplicity and refinement – it’s a profound look into Japanese mentality. Apart from the art of bonsai, Wabi-Sabi can be experienced in food and even a conversation.

Video by The School of Life – HISTORY OF IDEAS – Wabi-sabi
Source: youtube.com

Three Reasons Why Bonsai is Important to the Japanese Culture: Final Thoughts

There is a traditional Japanese saying – “花鳥風月” which spells “Kachou Fuugetsu” and literally translates into “flower, bird, wind, moon.” As a proverb, though, it conveys the deeper meaning that it is through experiencing the beauties of nature that one can learn about himself/herself.

While we have shared three reasons why bonsai is important to Japanese culture, it is essential to point out to the fact that there are probably more than a hundred other existing reasons. But more importantly, it isn’t about the numbers. For bonsai, just like many of the core values forming the rich culture of the Japanese, needs to be experienced with a calm and open mind that embraces a higher conscious awareness.