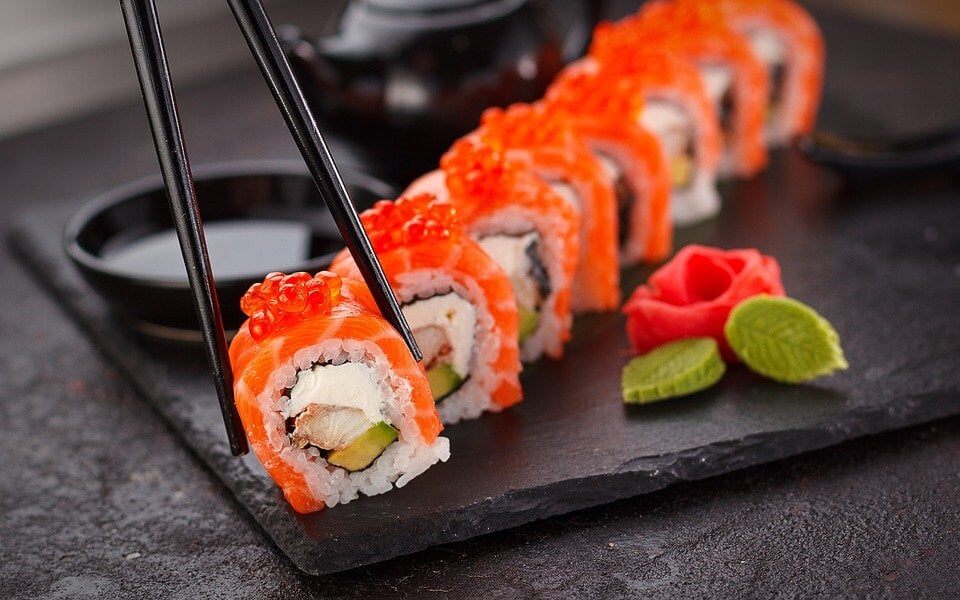 The island nation of Japan might be geographically isolated from the rest of the world. But her influence has spread far and wide. One of the biggest countries that Japanese culture has had an impact on, is the United States of America.

In this report, we will take a look at the top 11 Japanese cultural trends that have made their way into the US and transformed the country forever:

Manga refers to Japanese graphic comics. Today, Manga is one of the most enduring Japanese cultural trends to reach the shores of America.

Manga started making an appearance in the US in the 1960s when the comic Astro Boy was first introduced to the public. Soon, companies like Nippon started selling English translations of Japanese manga in the US. By 2007, the US Manga industry had reached a whopping $4.35 billion. By 2010, the value of the market was $400 million.

Currently, research indicates that 44% of all imported comic book/graphic novel sales in the US stems from Japanese Manga. The primary market is male and aged between 13 and 29 years. Today, we see American comic strip creators and writers experimenting with Manga and producing Manga in multiple languages.

While manga refers to comic books and graphic literature, anime is the television adaptation of manga. Along with the introduction of manga in America, came the importing of Anime. Again. Astro Boy was the first anime to be released in the USA in 1960 by producer Fred Ladd.

Soon, entertainment companies like Cartoon Network and Disney purchased rights to show popular Anime content on their networks. Anime like Princess Mononoke, Dragon Ball Z, Beyblade, Sailor Moon, Naruto, Card Captor Sakura and Pokémon became exceptionally popular in the US. In fact, Pokémon is still one of the longest-running anime in the US today, having crossed 1000 episodes back in 2018.

Bonsai trees are a gardener’s pride and joy – the central figure in the world of exotic plants. They are difficult to maintain but highly rewarding. Bonsai is a gardening trend that came to the US in 1972 when the first bonsai trees were sent by Japan to the U.S. National Arboretum in Washington.

Bonsais were a gift by the Japanese government to the US and an acknowledgment of the US-Japan relationship. It was the second type of tree that Japan had gifted the US, after the Cherry Blossom tree.

Not only did the arrival of the bonsai pave the way for the creation of America’s very first National Bonsai and Penjing Museum, but it also jumpstarted a gardening revolution in the country.

In fact, the global bonsai market revenue is expected to reach a whopping $12649 by 2025 – with the majority of customers hailing from North America. The US also has a National Bonsai Foundation and celebrates World Bonsai Day on May 8th each year. There is also an annual U.S. National Bonsai Exhibition organized each year.

In the US, the most popular bonsai species today are the Juniper bonsai, Fir bonsai, maple bonsai, spruce bonsai and yew bonsai.

Most American children who grew up in the 2000s know Ash, Misty, Brock, Pikachu and gang. But did you know that Pokémon was actually an electronic game created by Nintendo in 1996? This was before it even released as a cartoon on global television.

The success of the Pokémon series of games in Japan, lead to the development of the anime, which later made its way into the US. The Pokémon game then entered the US market through Nintendo in 1998. From then, the game experienced huge success, ranking a close second in the best US games list. It ranks right after the Super Mario Brothers game, which is America’s favorite.

In 2016, Pokémon Go was introduced to the American gamer market – where it became an overnight blockbuster success. Over 27 million users downloaded the game in 2016. By 2020, this number had increased to 67 million. In January of 2021 alone, Pokémon Go saw over 827,205 daily active players in the US.

Haruki Murakami’s works have trended on America’s “Must-read before you die” lists for decades. Today, he is one of the most iconic writers in history and a heartthrob of America’s literati circles. His fans also have a name for themselves – “Harukists“. This makes him and his works a trend in itself.

Born in Kyoto, Japan, Murakami is renowned for his rich, layered and fantastical narratives. His work in surrealism, fantasy and magical realism has made him immensely popular in the US. Murakami is so popular, that he has sold over 2.5 million copies of his books in the US alone. One of his most famous novels, IQ84, started with a massive publication run of 95000 copies and has sold in the millions today. In fact, when IQ84 was first announced in America, pre-orders for the hardcover outweighed digital pre-orders by 70%:30%.

The irony is that while Murakami is so popular in the US, he isn’t considered a great author in his home country of Japan. But here in America, Murakami has been nominated for and even won numerous literary awards, including the prestigious America Award in Literature (for a lifetime contribution to international writing) in 2018.

A traditional Japanese food item comprising of seafood, rice and vegetables, Sushi is a very popular dish around the world. But no other country in the world can meet the fervor for Sushi that Japan has, than America.

Sushi first reached American shores in the 1960s, when the US public was starting to awaken to the concept of conscious and healthy eating. In 1966, Noritoshi Kanai and his partner Harry Wolff, started America’s very first Sushi eatery, the Kawafuku Restaurant, in Little Tokyo in LA. But Sushi really picked up pace in the 1970s-1980s period, when multiple sushi bars opened up to cater to the needs of Hollywood and other rich patrons.

Today in 2021, the American Sushi market is worth over $22.5 billion. There are more than 4000 exclusive sushi restaurants in the US and more are cropping up each day. More than 62% of Americans eat Sushi regularly and enjoy it for its taste, health and cultural heritage.

Matcha green tea is a part of both Japanese and Chinese culture. Although originally developed in China during the Tang Dynasty, matcha was brought to Japan by a Buddhist monk named Eisai, sometime between the 10th &13th centuries. Since then, this green tea preparation has steeped into every layer of Japanese society. In fact, in the 15th Century, matcha tea played a huge role in the formal tea ceremonies held in tea houses in Japan.

In the past few decades, most matcha production has moved to Japan and it was from Japan that the trend of matcha green tea first came to the United States. In America, matcha is valued for its immense nutritional benefits. The tea powder boasts of having essential amino acids, potassium, calcium, magnesium, phosphorus and iron, to name a few nutrients. In 2019, the global matcha market was valued at $2.4 million and is expected to reach $4.5 million by 2027. Currently, powdered matcha tea accounts for 51.8% of the market. This is followed by instant mixes, matcha flavored food additives, pre-made matcha teas and matcha-flavored ice cream, pastry & beverages.

The Japanese trend of Kosupure, anglicized as Cosplay, is the art of dressing up in the costume of our favorite manga or anime character. Cosplay first made its way to America in the late 1920s and early 1930s. When it first started in the US, the cosplay culture did not require any players to mimic the character’s behavior. Instead, cosplay was considered akin to Halloween celebrations, where people just wore the costumes for masquerades. (Fun fact, Halloween costumes also started gaining momentum around the same time as cosplay did.)

The term ‘cosplay’ itself was coined in 1984, by Nobuyuki Takahashi, a Japanese reporter who attended the LA Worldcon. Slowly, acceptance for cosplay grew in certain sections of American society and today, cosplay has become an integral subculture for youths in the 23-39 years age group.

Today, most of the cosplays that occur in the US, surround American pop culture figures from Marvel, unlike anime figures in Japan.

If you enjoy craft beers and lagers, there’s a high chance that you’ll have tasted rice lager. This new age craft lager is a powerful Japanese cultural trend that has taken over the American beer and lager industry.

Crisp, cool, smooth and with a low ABV of 3.8%, Japanese rice lagers make the perfect lunchtime accompaniments. This new craft lager is being used by brewers, to capture that section of customers who don’t prefer beer’s hoppy taste.

In addition to the blended and new-age rice lager, is also the USA Sake market – which is worth $7.35 billion. This Sake market is more traditionally Japanese and is expected to reach $10.47 billion by 2026.

Ramen was Japan’s version of wheat noodles, which became an instantaneous hit in the US when it reached the country’s shores in 1970. The US instant noodle market brand – which is ruled by Ramen – was worth $44.11 billion in 2019. It is forecasted to reach $72.69 billion by 2027. The US Japanese ramen noodles market in particular, accounts for approximately 27.09% of the global ramen market.

While the first set of haiku poetry was a translation of Japanese poems, soon after, American poets began to write haiku poetry in English. Ezra Pound’s In a Station of the Metro was the US’s first-ever English haiku poem. Soon, others like E. E. Cummings, Jack Kerouac, Sonia Sanchez, Jane Reichhold, John Gould Fletcher, Charles Reznikof and Carl Sandburg, among others, made waves in the haiku world.

Today, haiku format is also accepted in the genre of spoken word poetry. Books like On Love and Barley: The Haiku of Basho and The Penguin Book of Haiku have sold in the thousands. This has made haiku a Japanese cultural trend that is highly prevalent in American homes and libraries.