How to Prune Ficus Bonsai to Make it Thrive 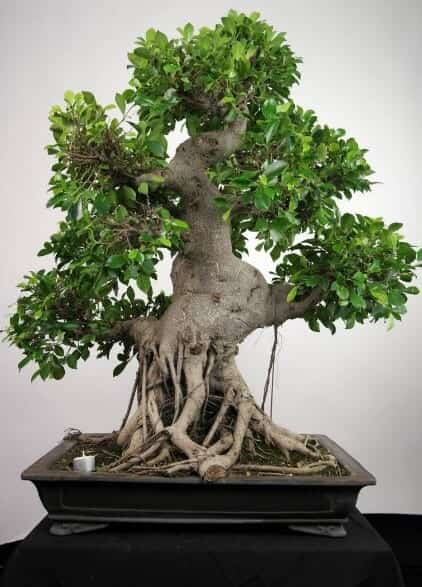 The broad term Ficus encompasses a genus of about 850 plant varieties which are not only limited to trees but also include shrubs and vines, among others.

Flourishing in a large variety of environmental conditions, the family of Ficus plant species has also made its way into the art of bonsai.

For anyone looking to grow an easily adaptable and maintainable plant species as part of his/her bonsai journey, knowing how to prune Ficus bonsai to make it thrive is crucial.

But with a little care and attention, a ficus bonsai tree can truly amaze you and reward your efforts with its mesmerizing appearance.

These varieties are characterized with small, evergreen leaves, vigorous growth, as well as stems that can be shaped in positively stunning forms and styles.

Apart from growing quickly, these ficus plant species are able to tolerate poor lighting and/or soil and humidity quite well. It is through careful pruning that you will be able to maintain their small size and create a traditional bonsai tree with the best success.

Video by Nature – How to grow Ficus Benjamina from a single leaf
Source: youtube.com

Because of the fact, healthy but heavy new growth occurs with the beginning of the spring season, you need to prune ficus bonsai trees during the winter months.

2 – Always Start with a Sketched Plan for Pruning

A bonsai is an art form as it allows you to apply your personal perception and sense of aesthetic in achieving the shape you are aiming for through pruning.

Before you actually get down to cutting branches and shaping a ficus bonsai tree, take the time to envision the results you want to accomplish. For this purpose, you can spend a week or so in simply contemplating your ficus bonsai and let your creative juices flow.

It’s not necessary to draw a detailed sketched plan of the pruning session – you just need to have the image of what you wish to create in your head. It would be extremely helpful to mark the exact spots where the branches will be cut, though.

Last but not least, it’s highly recommendable to consider creating an alternating branching pattern. This can be done by removing one branch in two when these are formed directly opposite.

When removing branches, using a non-sterilized tool can bring your ficus bonsai tree in contact with harmful bacteria.

Nevertheless, using cutters that are not sharp enough is also damaging. With this in mind, your choice of high-quality bonsai tools kit truly matters.

Ooze will inevitably form, and subsequently sap, on the spots where branches have been pruned.

Especially when it comes to removing large sites, the cut paste will help your ficus bonsai tree recover quickly and successfully.

6 – Avoid Trimming the Leaves of your Ficus Bonsai

When growing a ficus bonsai tree, it is the stems and branches that you want to trim, and not the leaves. Trimmed leaves tend to turn brown and become rather untidy in appearance.

Throughout the entire growing season, it is only up to three leaves on every shot that you want to pinch and/or cut. This isn’t a strict rule, though. In the case your ficus bonsai requires extension in height or filling of empty gaps that ruin the desired appearance, then you want to let some shots keep growing instead.

Called weeping fig for some good reasons, Ficus benjamina bonsai trees will develop a unique aerial root system that can further enhance the beauty of your bonsai tree masterpiece.

However, in order to make the attractiveness of the root system work in your favor, you need to strive for balance in the appearance of the gorgeous aerial roots and the branches.

8 – Be Prepared to Remove about ½ of New Growth

Since pruning a ficus bonsai tree is much like a beauty ritual, don’t be scared about removing branches and helping your tree achieve the desired appearance.

Typically, a good pruning session will end up in removing ½ of new growth on an average. Remember that this is not the final appearance of your ficus bonsai, so stick to your plan and don’t panic.

There is a traditional Japanese proverb highlighting that vision without action is only “a dream” while action without vision is “a nightmare” – and the same rule applies when it comes to learning how to prune ficus bonsai to make it thrive. Take your time, listen to your tree, tune in with the flow of the living nature, and enjoy the ride.