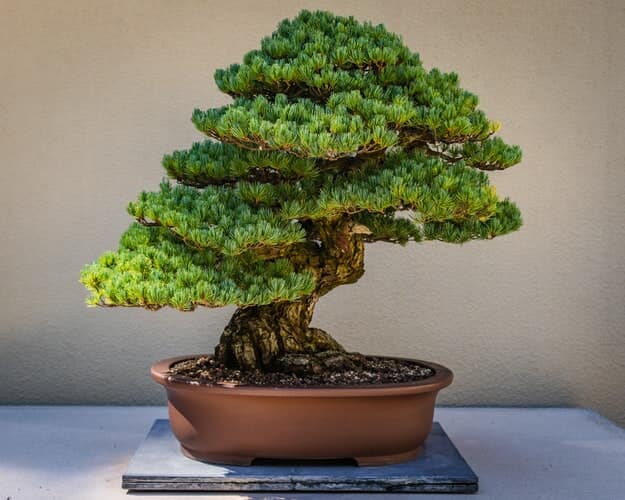 Mexican Lime is a citrus fruit that has a sour and sweet taste. It is green in color and turns its color to yellow when fully ripe. The full-grown fruit is between 1.2 to 2.4 cm in diameter and contains acidic juices. The scientific name of key lime or Mexican lime is Citrus Aurantifolia.

These tangy fruits are also known as Persian lime, desert lime, or kaffir lime. Since they are used in multiple cocktails, they got the popular name of Bartender’s Lime.

The family name of this plant is Rutaceae. There are a few botanical synonyms associated with key lime fruit- Citrus aurantifolia, Citrus aurantiifolia, and Limonia aurantifolia. The outer skin of this fruit is thinner than its close cousin Persian lime. It has a pungent sour aroma, and the fruit is a rich source of vitamin C. Due to their accentuated aroma, they are used in many types of salads, cocktails, mocktails, and cuisines.

The key lime tree bears fruits throughout the year. Since it is a small tree compared to the oaks and birches, the bonsai form of it can be created easily. This tree is great for indoors and hence you can keep the bonsai on your tabletop or shelves.

The fragrant flowers too are used for many cuisines and the most popular dish prepared from key lime is key lime pie.

Key lime is believed to have originated in the Indian sub-continent and later carried to the other parts of the world by crusaders. It primarily grows in the Northern parts of India and adjoining countries of Myanmar and Malaysia. It is believed that the Arabs carried key lime to North Africa and then it was transported to Palestine and Mediterranean Europe.

Species of this genus hybridize easily and hence there are many hybrids of key lime found in the plant kingdom. Sweet lime/Citrus limetta, Australian desert lime/Citrus glauca, Blood lime, Kaffir lime/Citrus hystrix are the most popular ones in this family.

How Long Does It Take to Grow Citrus Aurantifolia Bonsai Tree?

Bonsai originated in 6th century China through the practice known as penjing. In this practice, their artifacts were created using live plants. Buddhist students from Japan learned this plant art technique from the Chinese that makes miniature art pieces of nature using the normal seedlings. Then they gave birth to the Japanese art which we know as Bonsai today. This is the art of creating miniature plants from the seeds of normal plants.

In the Japanese language ‘bonsai” means “planted in a container”. This art evolved 700 years ago during the Kamakura period in Japan. Bonsai in Japanese is written as 盆栽

So, the final bonsai will be created by constantly bending, holding down, and cutting the branches. They grow very slowly as their growth is curbed by the pot. When a tree is planted in soil, it pulls the nutrients from the soil and grows fast. But in the case of a Bonsai, the growth is clipped by the small space of the container. It is comparatively easy to grow lime trees as bonsai, but it takes up to ten years for the bonsai to grow into a full-grown tree.

Materials You Will Need to Grow Key Lime Bonsai

1. Pick up a mid-sized key lime fruit. Do not pick the seedless version as they have not been genetically altered and might not produce the right kind of seedlings.

3. Use pre-packaged potting soil for better results. Since they do not contain weed seedlings and contain all the right nutrients needed for the key lime seedlings to grow, it is recommended to use this kind of soil. This will be a better option than the regular soil of your garden.

4. Take a six to twelve inches deep container to grow the seedlings.

5. Take a large-sized pot made of bone china or clay to plant the seedlings.

6. Locate a spot in the garden, or near the window where it is warm, bright, and sunny.

Water the pre-packaged potting soil and make it moist. Wear the gloves and place the moist potting soil in the tray and level it with your hand. Do not fill the tray to the brim. Ensure to leave a space of about half an inch at the rim for the soil to breathe and water to be poured later.

Now the time has come to sow the seeds. Open the key lime fruit and take out the seeds. With clean water rinse the seeds properly to ensure there is no fruit pulp or juice attached to them. These elements foster the growth of mold or fungi and spoil the seed.

Ensure that the seeds are still moist before planting them in the soil. Make a half-inch-deep hole in the soil and bury them properly. Do not overcrowd the tray and place each seed two inches apart. Cover the tray properly with plastic, to ensure that it remains warm and moist, and birds cannot come and eat away the seeds.

Do not forget to make some holes in the plastic for air circulation. Else the seeds will die.

Once you have prepared the tray, put it in a warm place. You will see that the small saplings will start to appear in two weeks’ time. Remove the plastic cover and place the container in an open spot. The saplings need to be exposed to sunlight during the daytime for better growth. Do not flood the tray with water, else the saplings will start rotting. Fungus or molds too can start growing. But keep watering it regularly to ensure that the soil remains moist. In case the soil dries up, the saplings will die immediately as they are young and tender.

After a month, you will see that the saplings have grown properly. Now uproot the weak seedlings and put mild manure or cow dung in the soil if required. The soil needs to be rich in nutrients for the saplings to grow strongly. Once you throw away the weak saplings, the nutrients can be used by the rest of them. They will start growing into healthy plants now.

After two to three months, select the seedlings which have grown properly into a healthy plant. They should be about three to four inches in height. The final plants which you select will be now used to culture into bonsai plants.

In the ornamental container, put small pebbles till they are two inches high in the pot. This will ensure that the water drains out properly without the traces of soil coming out of the container. Fill the pot with good quality potting soil which is rich in nutrients. Do not fill soil till the brim and leave one-inch space from the rim.

Uproot the small plants from the tray carefully using a putty knife and replant them in the pot. Use one sapling for one pot to ensure the bonsai grows properly. To give a landscape effect, spread a few pebbles and wood pieces, but do not cover the entire soil. It needs to breathe to help the bonsai to grow properly. Keep the pot in a sunny place, but not under direct sunlight.

How to Plant and Grow Citrus Aurantifolia Bonsai?

Now since you have collected all the ingredients which were required for planting and growing the key lime plant, let’s start the process of planting it. Once the plant starts growing, the process of converting it into a bonsai will commence.

Allow the plant to grow naturally for a year. Now the seedling is big enough for you to begin the training. Use the metal wire around the trunk of the plant and bend the branches down. Attach some small pebbles to a string and tie them to the branches. The branches will bend towards the soil and you can achieve the exact design which you have in your mind.

This way, the small plant will grow as per the force applied to its branches and stem. It will create the desired artistic shape which is the hallmark of bonsai plants.

Now wait for about six months after the training, and then trim the outer leaves as needed. This will allow the plant to grow sideways instead of growing in length. Remember to prune the top two leaves of your key lime bonsai to give the desired shape. Leave at least two leaves on any branch so that the process of photosynthesis is not impacted.

Cut the excess leaves once every six months and after a few years, the bonsai will start bearing flowers and fruits too. A normal-sized key lime plant grows up to thirteen feet, however, in your container, you will see the miniature bonsai which will be ten to fifteen inches tall.

How to Care for Your Citrus Aurantifolia Bonsai?

Citrus Aurantifolia Bonsai finds it difficult to survive in cold climates. Hence place the plant near the window, or in the garden where it gets ample sunlight. Safeguard it from cold winds, and if you are growing it indoors, do not place it in a location where air conditioning runs.

Most of the types of lime trees grow the best in moist regions that receive up to forty inches of rainfall annually. Hence water the plant regularly for it to grow well. Citrus aurantiifolia is extremely sensitive to the frosting. During cold winters, do not allow it to remain in a place where it is freezing. Between 32°F and 30°F, the damage to the leaves and flowers will occur and the plant will die at a temperature below 29°F.

In case you are trying to cultivate the key lime bonsai in a cold region, pot the plant inside the home with enough warmth. Make use of a fireplace or room heating technique to keep the plant alive during the cold months. Keep it in open sunlight during the daytime as this plant needs to draw energy from sunlight for photosynthesis.

Since it is a bonsai, it may take a little longer than the normal key lime plant. Normally the seedlings begin to bear flowers and eventually fruits after three to six years. The fruit normally takes anything between five to nine months to harvest from the flowers. The good part is, the fruit will not need cross-pollination, and you need not worry about the methods to attract insects. The full production of the plant will start after about ten years and you need to be patient as a bonsai gardener. Happy gardening to you!!