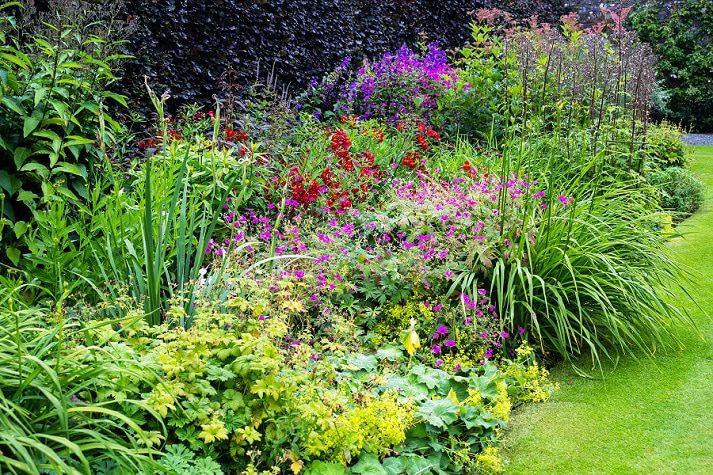 “What’s in a name? That which we call a rose by any other name would smell as sweet,” Shakespeare famously remarked. However, in today’s world, a common language is fundamental for interaction; otherwise, communication becomes quite tough.

With the emergence of globalization, it has become more difficult to communicate what we want to convey to one another. To address this issue and avoid misunderstanding, scientists have given each and every identified species on Earth a “scientific name.”

Plants, like people, are given names. Depending on local and family traditions, two or more plants could have the same name, or an individual plant could be known by multiple different names. As a result, gardeners may be perplexed by the common names we give plants.

Scientists and plant experts utilize an international system of plant naming to make plant identification more exact and universal. The “International Code of Botanical Nomenclature” is premised on the prominent botanist Linnaeus’ two-name (binomial) system. Every plant is designated a first and last name that is exclusive to its species and is based on Latin. This term is recognized for that plant all over the world, regardless of the native language.

Latinized (or “Latin”) names are a type of scientific name. A species is characterized by a genus name accompanied by a specific epithet, according to the scientific name system. Ilex is the genus of hollies. Ilex aquifolium (English holly), Ilex opaca (American holly), Ilex serrata (Japanese winterberry), and Ilex verticillata (winterberry-native to eastern North America) are among the many species in the genus Ilex, individually with its particular ‘specific epithet’ following the genus name.

Some plants have subspecies or variants that exist naturally. These natural subspecies and varieties’ seedlings will have the same identifying traits as their parents. Natural subspecies and varieties thrive in reproductively isolated areas. They might, for example, grow in various portions of a plant’s whole range or inhabit distinct habitat types. Alternatively, they may have traits such as distinct flowering seasons that preclude cross-breeding with plants of the same genus and species.

Sub-species and natural variants are given names that begin with the genus and species and end with the abbreviation ssp. or var. preceding the Latinized name of the subspecies or variety (some use subsp. or v.). Varieties of Ilex verticillata include Winterberry fastigiata, an example of a naturally occurring variation. From Nova Scotia to Long Island, it can be found in damp sands near the sea. It’s worth noting that the ssp. or var. in the nursery industry, the plant’s name is disregarded.

Cultivars (also known as horticultural varieties) are cultivated varieties that are maintained through human intervention. Cuttings, grafting, or tissue culture were used to reproduce a single individual of a species or even an odd branch of an individual to create cultivars, each resulting in plants genetically identical to the parent. Seed-replicating cultivars are created by selective breeding. Because humans regulate which individuals are involved in reproduction, the seedlings continue to maintain the desired identifying traits. Some nursery workers refer to cultivars replicated through selective breeding as “variety” rather than “cultivar.” A cultivar is identified by a plant label that involves part of the name printed in single quotes.

A binomial name is a term used to describe a scientific name. The scientific name of a species is divided into two parts by binomial terminology: the generic name and the particular name (species). The generic name is determined by the taxonomic genus. In the classification system, a genus is a level of categorization that is normally below the family and above the species level. It is mainly composed of species that have comparable traits. These features could be based on structural or phylogenetic similarities.

The binomial name’s second component is the specific name. The second part is denoted as the “specific epithet” in botanical identification. The second name, generally known as the specific name or specific epithet, differentiates a species from the other species in the genus. A species is the fundamental unit of classification and taxonomy level of an organism within the life sciences and also a unit of biodiversity. A species is the principal group of organisms in which any two individuals of the accurate genders or mating types may produce offspring.

The plural adjective “aceae” is commonly used at the end of plant names. The nomenclature adjective must at least indicate the genus or features of the category to which the plant belongs. Spinach (common name), whose scientific name is Spinacia oleracea, is one example.

Common Plants and Their Scientific Names

A table of common plants, as well as their scientific names, is provided below.

While articulating these botanical names can be difficult at times, gardeners should at least know where to look for a reference to such labels, especially when looking for new species. If you love a plant that you really must have for your yard, determining its correct botanical name is the only way to ensure that you get the right plant in the marketplace.

All About Bonsai Forests