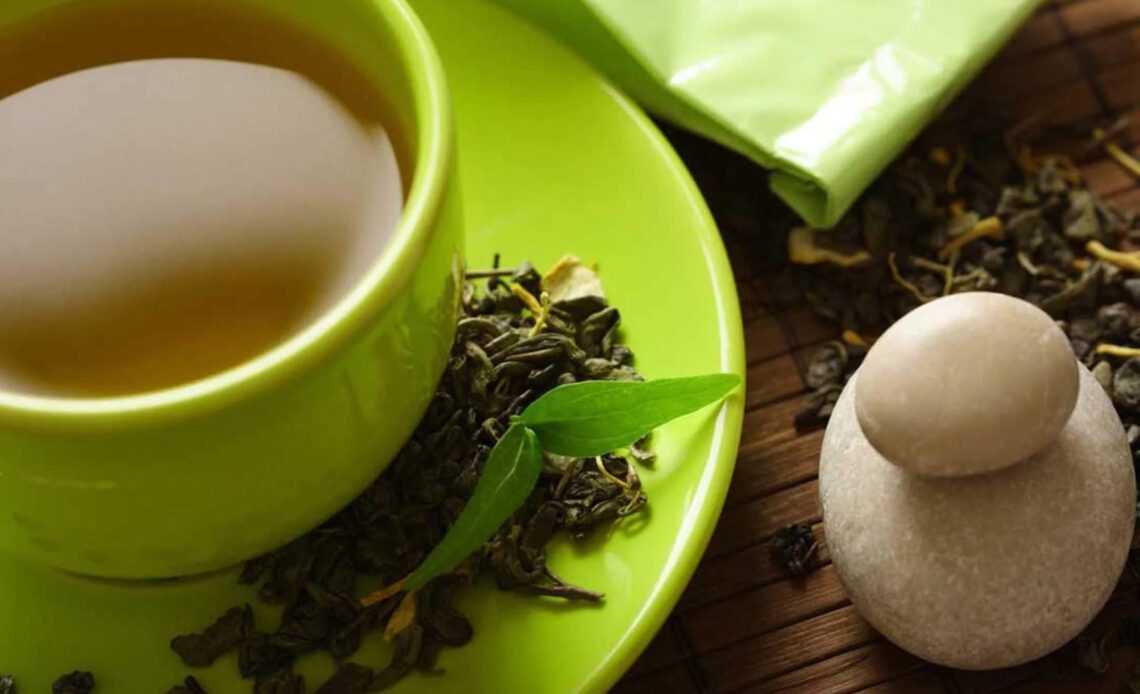 Do you regularly consume green tea? Continue reading to discover more about green tea’s beginnings, varieties, advantages, and many more! At the same time, enjoy its countless health advantages and sweet, earthy flavor.

Japanese tea is often referred to as green tea. As a result of its reputation for being healthy and restorative, it is the most popular beverage in Japan. Almost every meal in Japan is accompanied by a freshly made pot of green tea, which has become a tradition ingrained in Japanese society. It is an expression of Japanese hospitality and a way of life.

Let’s talk about green tea’s background, varieties, and the best ways to consume it for maximum health benefits before you have your next cup.

Over a thousand years ago, during the Nara and Heian eras, Japanese monks who were studying Buddhism in China brought green tea to Japan for the first time. As tea planting began in Japan, it was initially only enjoyed by the religious levels of Japanese culture before becoming popular among the royal and other affluent classes.

A Zen priest by the name of Myouan Eisai authored a book called Kissayojoki in the 12th century that went into great length regarding tea farming, how to make green tea, and the advantages of drinking green tea for health and longevity. As a result of the popularity of his book, green tea became widely consumed in Japan and became an integral part of daily life for people at all social levels.

In terms of how the tea leaf is grown and processed, green tea is different from black tea and other varieties of tea. The actual tea leaf is the same; it comes from the Camellia Sinensis evergreen shrub. Because green tea is prepared immediately to prevent oxidation—the tea leaves are steamed and dried practically immediately after being harvested—it keeps its vibrant color and delicate flavor.

Green tea comes in a variety of forms based on how it is grown, the environment it grows in, how it is steamed, and how it is dried. Here are only a few of the categories of green tea, each of which has unique qualities and flavors:

In Japan, Sencha Fukamushi is one of the most loved varieties of green tea. It is made by selecting just the youngest tea leaves, which are then steamed, rolled, and dried to create sencha. Sencha has a wonderful combination of acidity and sweetness, making it a great everyday tea.

Matcha is prepared from premium tea leaves (tencha), which are grown in the shade several weeks before harvest to enhance the flavor and caffeine content.

Matcha is distinguished by its vibrant green color. It is then turned into a fine powder that is typically used in Japanese tea rituals. Using a chasen, a unique form of whisk, the powder and water are combined in a bowl.

Matcha is currently a sought-after ingredient in innovative modern cuisines and a popular flavor in a variety of wagashi (Japanese sweets) and western-style pastries due to its distinctive earthy flavor and recognizable color.

The highest quality green tea is frequently considered to be gyokuro (or Jade Dew). Gyokuro uses shade-grown tea leaves, which give the tea a considerably more concentrated flavor, just like the tea leaves used to make matcha. Some people say the flavor is pleasant and faintly reminiscent of seaweed. The tea’s rich, dark green leaves and unmatched scent make it easy to identify. For tea experts and those who like their tea with deep hints, gyokuro may be the tea of choice.

This Sencha green tea is interestingly combined with toasted puffed brown rice to create this classic Japanese green tea. It imparts a distinctly toasted grain flavor to the tea. It has a light flavor that almost tastes like popcorn. This is a great option for individuals who want tea without caffeine.

Hojicha is a toasted and chilled green tea. The tea leaves are reddish brown in color and smell roasted. Hojicha is a fantastic tea to drink, especially following a late, filling dinner, because it is mild in flavor and has less caffeine.

In addition to the typical green teas, you may also discover a few unique types, such as Bancha (harvested later in the season than Sencha) and Konacha, which is a blend of steamed green tea with ground matcha, a tea made from the dust of leftover Gyokuro or Sencha. Finding the Japanese green tea that best suits your tastes can be done by exploring all of the available varieties.

Numerous studies have discovered connections between drinking green tea and reducing your chance of developing cancer, heart disease, high blood pressure, and inflammation. Here are some significant health benefits of green tea that have been claimed, while these studies are not conclusive and there is still more to know about it:

Green tea has a high concentration of antioxidants and bioactive substances including polyphenols, catechins, and other kinds of flavonoids because it is one of the least processed varieties of tea. These helpful compounds function as the same anti-aging substances that can fend off free radicals and shield cells and molecules from damage that can be found in red wine, dark chocolate, and blueberries.

Many health issues related to heart-related conditions are reported to be prevented by drinking green tea often over an extended period of time. According to a study conducted in the Journal of the American College of Nutrition, people who drank five or more cups of green tea each day had a lower risk of cardiovascular disease or hypertension.

Green tea flavonoids contain neuroprotective properties that may help reduce the risk of Alzheimer’s and Parkinson’s diseases. Additionally, it has L-theanine, a special amino acid that can enhance the effects of caffeine on the brain.

We would all agree that green tea has a calming effect if we drank it every day. Drinking a fresh pot of green tea has a relaxing effect that encourages us to take a moment to breathe. According to a study in the journal Trends in Food Science & Technology, green tea’s L-theanine has a calming and relaxing impact on the brain. Green tea is a wonderful substitute for coffee if you want to increase alertness without experiencing caffeine jitters.

Does green tea help you lose weight? This is likely the most common question about the advantages of green tea. The relationship between green tea and weight loss is not as clear-cut as we would like it to be. Several studies suggest that green tea can boost metabolism and aid in fat loss, but not all of them come to the same conclusion. Green tea may aid digestion after a large meal, especially one that was unhealthy, even if it does not aid in fat burning. Whether you believe in science or not, green tea has a healing effect on both the body and the mind.

Get the most out of a sip of your favorite flavor of green tea while reading more articles from our website.